Summarized starting on page 13 of this must-read report from the Southern Poverty Law Center:

Meanwhile, the victim of the Austin plane crash has been identified as 68 year-old Vernon Hunter. Hunter, an African-American, enlisted in the Army in 1959 and served two tours of duty in Vietnam. Retiring from the Army after 20 years, he joined the IRS in 1979 or 1980, and at age 68, was considering retirement. http://www.cbsnews.com/stories/2010/02/20/ap/national/main6226936.shtml

Mr. Patriot Movement, behold the face of your “government enemy”: 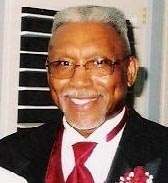