Sarah Palin explains it all for you!

O’REILLY: …Let me be very bold and fresh again. Do you believe that you are smart enough, incisive enough, intellectual enough to handle the most powerful job in the world [President of the United States]?

PALIN: I believe that I am because I have common sense, and I have, I believe, the values that are reflective of so many other American values. And I believe that what Americans are seeking is not the elitism, the kind of a spinelessness that perhaps is made up for that with some kind of elite Ivy League education and a fact resume that’s based on anything but hard work and private sector, free enterprise principles. Americans could be seeking something like that in positive change in their leadership. I’m not saying that has to be me.

The Funniest Cycling Video Ever

One of these guys is my hero. Can you guess which one?

Henry Thierry "shaping" his cross against Ireland in extra time.

Seriously, I love Henry Thierry, but we was robbed! (How I get to use the royal “we” in relation to Irish world cup football is a long story and a matter for another time.) I don’t know why, but the press has so far resisted the urge to refer to this miscarriage of justice as “Le Main de Dieu Deux,” (see the story of the original “Main de Dieu” here, or for those who don’t read French, here), but the pun seems irresistible to me.

This is what pases for the mainstream Republican “alternative” to the Democratic health care legislation?

Senator Hatch should take heart, though, that if his plans for holy war and rebellion do materialize, he is likely to be tried in an American court, and won’t be subject to special rendition or indefinite detention without trial at Guantanamo.

It wasn’t about “radical Islam.” It was about Palestine.

Americans have often pondered how we would respond if we were subjected to the types of low-grade terrorist attacks Israelis face on a daily basis. When we wake up from the 24-hour news cycle brain-numbing that always takes place in the immediate aftermath of this type of incident, we will begin to have an answer.

A Guest Blog from my Brother-in-Law 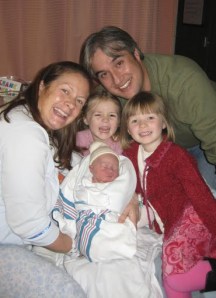 Hello all and an exciting day for the Foley’s in Bellerose. Shane Edward Foley born on this day November 7, 2009 weighing 8 pounds and 2 ounces and measuring 20 inches long. He came a few days after he was due but fairly quickly when the time came, or as I like to say not on time but never late. Both mother and son are doing great and getting some much needed sleep right now. I am including a link to some photos I took just after he was born and then after lunch when he met his two big sisters Julianne and Emma. I don’t think there have ever been two more proud sisters, even if Emma did kind of want a sister, but as she said at least it wasn’t a puppy(which I kept joking it might be).

Love to all and hope to see you soon

Posted in Life, The Universe, and Etc., Miscellaneous

“The Leper Colony and the Abortionist: a Parable.”

“Would you trust your life to Citibank? A Metaphor for Our Times.”
Stay tuned.