The GOP in “Reverse”: “Reverse Class Warfare” and “Reverse Racism”

We have come to the GOP’s end of days, where “class warfare” means marginally lifting the income cap on payroll taxes (or holding the president of AIG’s salary to the same range as that of the President of the United States), and racism means hating on whitey (“no german soldier ever called me honky!”). 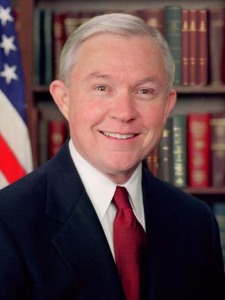 Sen. Jeff Sessions (R-AL), a man who once famously said the only thing that troubled him about the KKK was that some of their members smoked pot, calls Judge Sonya Sotomayor’s comments about her experience as a Latina “troubling,” implying there is some suspect “racialist” tinge to her thinking. Sessions’ remarks about the KKK, a history of referring to the NAACP as “communist” and “un-American,” and similar on-the-record remarks he later claimed were  “jokes,” kept Sessions from winning Senate approval for appointment to the Federal bench in 1986. This, he will tell you, as so-called “racist” Sotomayor sails towards the Supreme Court, is the troubling double-standard that faces down-trodden white Republicans everywhere.

Rush Limbaugh, whose salary is reported to be in excess of $39 million a year, leads the GOP class warfare charge, decrying the progressive income tax as “socialism,” and demonstrating the fiscal sense one would expect from a not-quite-recovered opioid addict, ridicules any suggestion of the need for raising marginal income or capital gains tax rates in the face of historic deficits as “class warfare.” So much for “ask what you can do for your country,” then.

Card check and union organizing are class warfare. Limiting the average CEO wage at “public” companies to 400 or 500 times the wage of the average worker is class warfare. (How can Citi possibly recruit more “talented” managers at a salary of a “mere $500,000”?) Universal health care and free day care are class warfare. Teachers’ unions are a Platonic ideal of class warfare. And these sentiments are echoed everywhere from the Halls of Congress to the U.S. Chamber of Commerce. The head of the U.S. Chamber of Commerce claims that all Americans are invited to President Obama’s economic “table,” but that the entrepreneur and the “rich” are “the main course.” And Senator Lindsey Graham is typical of Congressional Republicans, calling any proposal for marginally increasing capital gains taxes a type of “class warfare,” whose time has passed:

Class warfare is a time-tested political endeavor whose time has passed. We are in this together. There are about 270,000 people in my State who depend on capital gains income and dividend income. Senator Kyl has gone through, in very detailed fashion, who benefits from capital gains and dividend tax reductions, and there are a lot of seniors.

The world is topsy-turvy, and it’s not surprising that the GOP, backward-facing as ever, should take up the mantle of the rich, white guy as victim. The White Man’s Burden lives, and the GOP will retreat to permanent irrelevancy before they give up their raison d’etre, standing, as they imagine themselves, between the citidal and the hungry horde.

This entry was posted in Politics, The American Experience. Bookmark the permalink.